Kia Corporation this week announced plans to roll out an in-house COVID-19 vaccination programme at its domestic factories at the end of next month, as it looks to minimise future production disruption from the pandemic.

South Korea’s second-largest automaker said it would start inoculating employees with Moderna vaccines at clinics at its Hwaseong, Gwangmyeong and Jeonju plants from 30th July.

Around 23,000 production workers will be asked to make appointments for the jabs during August, a move which will also help the nationwide inoculation drive.

Other major South Korean companies, including conglomerates such as Samsung, LG and SK, are also expected to begin in-house inoculations from next month. 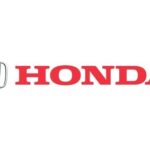 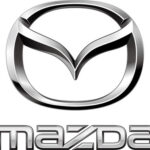 Kia’s largest affiliate, Hyundai Motor, has shelved its in-house vaccination programme, however, due to a shortage of medical workers at its facilities.

So far just 4.6m people in South Korea have been fully vaccinated, while more than 15.2m have received at least one shot, in a country with a population of 52m.

Topics in this article: Kia, vaccinations