With the end of the pandemic seemingly in sight as a slew of vaccines produce encouraging results from phase-3 trials, GlobalData has taken a look at the leading OEMs and assessed which are best placed to recover quickly from the coronavirus induced slowdown.

Aside from a dose of good fortune a company’s success is invariably linked to a variety of factors which tend to either fall into the tactical or strategic categories. As even the best-laid plans can often go awry, it is necessary to add to the mix how well those plans are executed and how they rate in comparison with competitors.

Top of the pile for operational leadership was revealed to be Tesla, followed by GM, Toyota and Hyundai. Strategically the highest rated OEM of those assessed was demonstrated to be VW, with Toyota, Tesla, Ford and GM in pursuit. The overall chart is shown below. 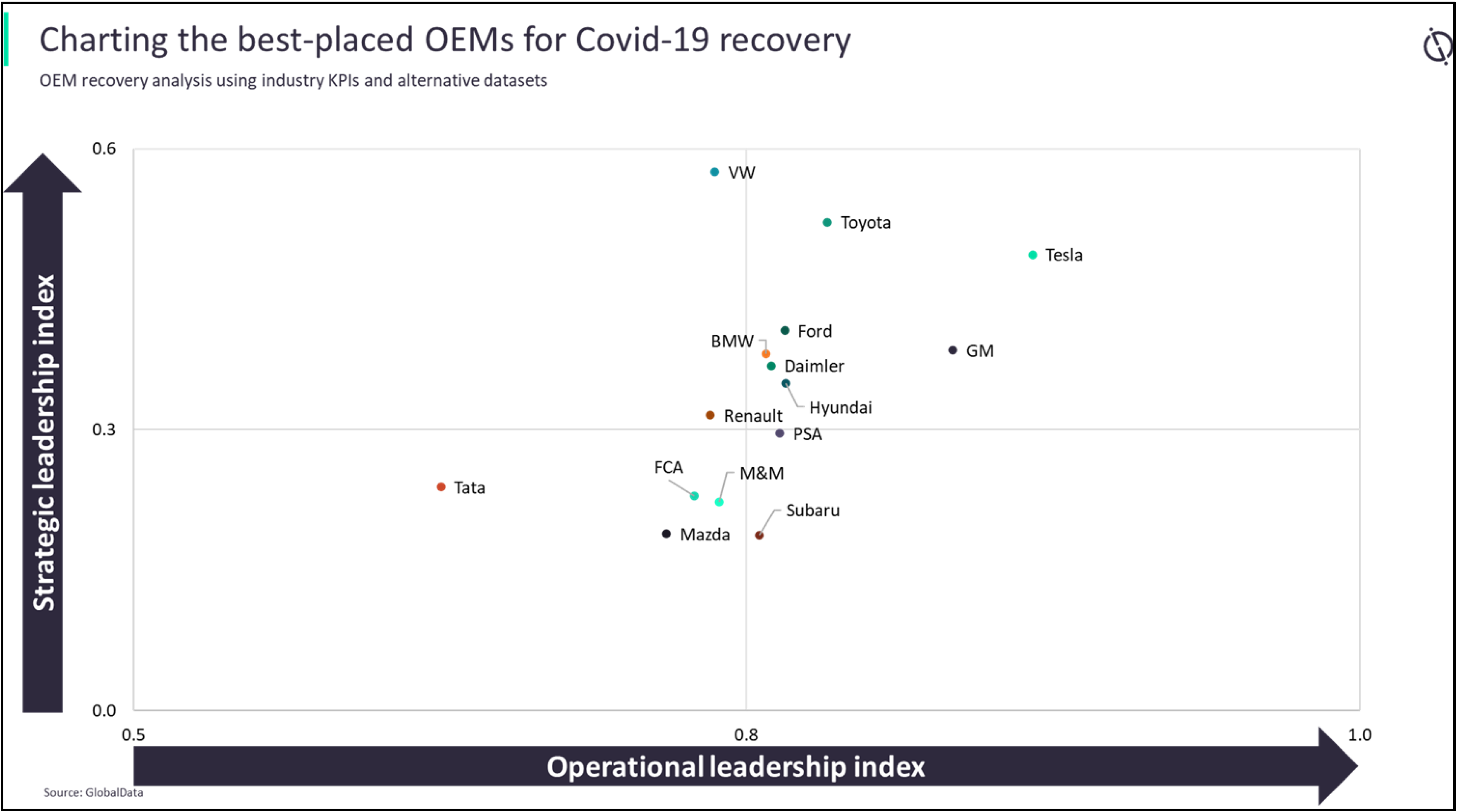 The study utilised four indices for the operational measure and five for the strategic measure. Each of the contributing indices were given equal weighting in the overall operational and strategic scores.

The operational indices covered the following performance areas for the OEMs:

The strategic indices covered the following performance areas for the OEMs:

The positioning of each of the OEMs for which data was available for at the time of publication is shown in the table below, together with the sources used for the indices. 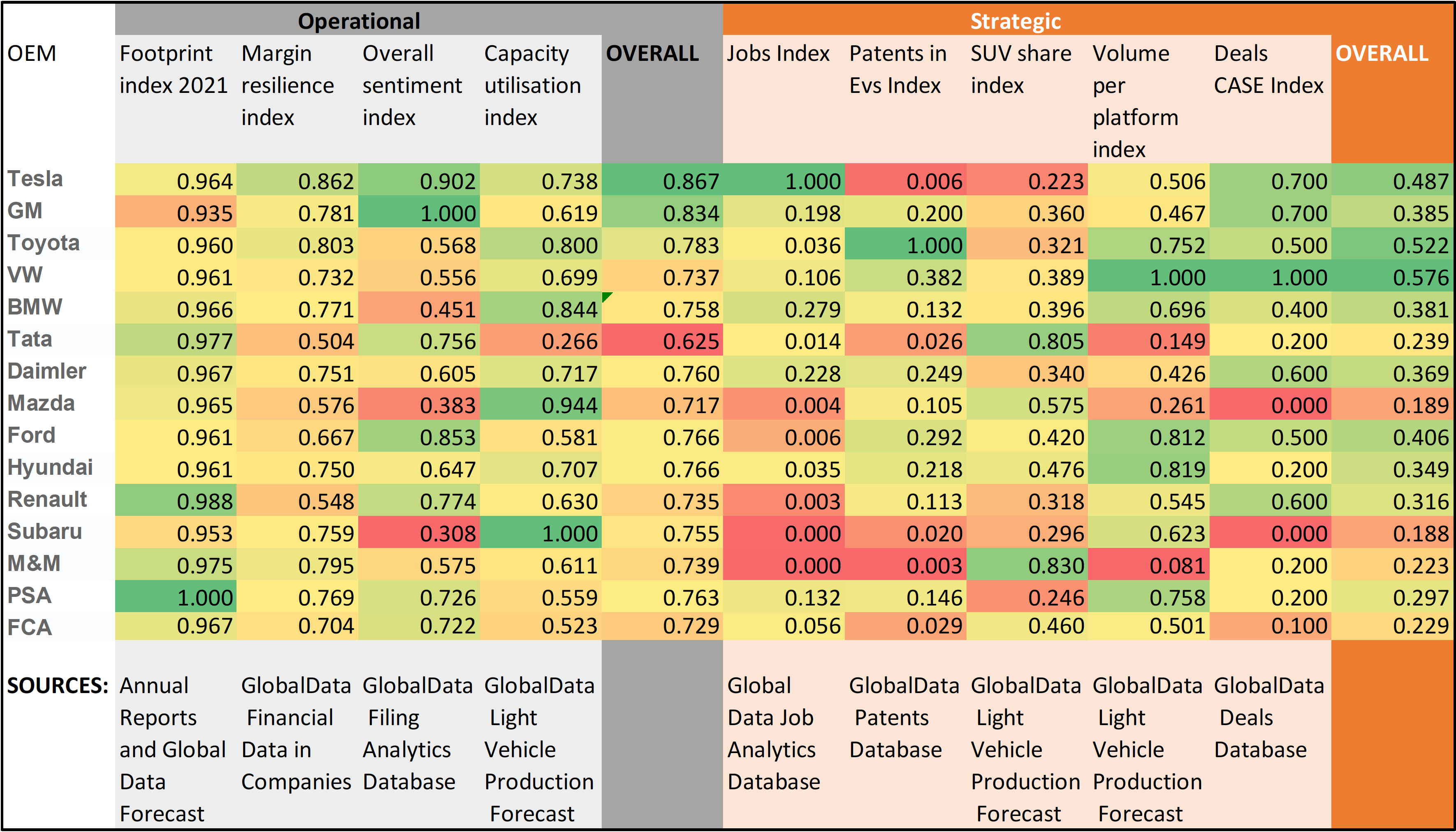 What can we expect from the US auto market in 2023?