UK COVID-19 test and trace app isolation warnings are on the “verge of shutting” factories across Britain, labour body, Unite told Just Auto this week. Reports were flooding in across the UK of multiple industries – particularly manufacturing – seeing significant numbers of staff having to isolate at home following the National Health Service app telling them they had been in contact with a COVID-19-hit person. The issue seemed to have hit the automotive sector especially hard, according to the union, and yesterday (15 July), media speculation was focusing on up to 900 Nissan staff having to stay at home after being ‘pinged’ by the health app. We also heard of a similar effect at BMW’s Rolls-Royce. “Production in certain areas of the plant has been adjusted as we manage a number of staff being required to self-isolate following close contact with COVID-19,” Nissan said in a statement. Unite reckoned some sites were struggling to operate due to hundreds of staff being off at once with one major engine supplier telling the union delays to orders were so severe, work might be permanently moved – to China. English authorities say those who have received double vaccinations  won’t need to self-isolate after 16 August but major pressure is now being brought to bear on the government to bring that date forward.

TomTom has launched Virtual Horizon, which it said was the only map-based all-in-one ADAS software from a single company that helps passenger and commercial vehicles anticipate the road ahead. The software for automakers provides a connection between digital maps and ADAS functionality, allowing vehicles to see beyond the range of their sensors. The supplier maintains the new product is designed to ‘democratise’ ADAS by supporting vehicles without embedded navigation, as well as the most technologically advanced automated vehicles. The software translates map data into “actionable” information for drivers and vehicles. For example, if there is a sharp bend in the road or a change in the speed limit ahead, it will warn drivers in non-automated vehicles to prepare to take action, while the software in automated vehicles will enable more informed and intelligent decision making without the involvement of the driver.

BMW and Amazon have combined to set a challenge for researchers, startups and pioneering companies from the global quantum computing community aimed at solutions for specific industrial challenges. The ‘BMW Group Quantum Computing Challenge’ will be run in collaboration with Amazon Web Services (AWS). The challenge encourages entrants to come up with innovative quantum algorithms and test their solutions on real quantum computing technologies. Quantum computing holds potential to address challenging problems in the automotive sector in complex optimisation, materials research, and – in the form of quantum machine learning – automated driving. 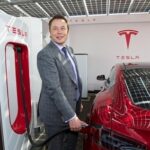 Uwe Hochgeschurtz, currently CEO, Renault Germany, Austria and Switzerland, was this week named Opel brand CEO from 1 September, 2021, “at a time when the unique German brand of Stellantis is expanding its commercial activities, including in China, and entering the electrification era”. The new chief will replace Michael Lohscheller who has “decided to pursue a new challenge outside Stellantis”. Hochgeschurtz will report directly to Stellantis CEO Carlos Tavares. He started his auto industry career in 1990 at Ford before joining VW in 2001 and Renault in 2004.

Foxconn has said it was talking with state officials about building electric vehicles in Wisconsin, part of the major Apple supplier’s move to diversify income streams. Foxconn and Fisker said in May they had finalised a vehicle assembly deal. They did not identify a location, but Fisker’s CEO said Foxconn’s Wisconsin site was a possibility. Last April, Foxconn drastically scaled back a planned $10bn factory in Wisconsin, confirming its retreat from a project that former US president Donald Trump once called “the eighth wonder of the world” and was supposed to build cutting-edge flat-panel display screens. A month earlier, Foxconn’s chairman said it might make electric vehicles (EVs) at the Wisconsin site, though could decide on Mexico, and would make a decision this year.

China’s new vehicle market declined by a further 12.4% to 2.015m units in June 2021 from 2.3m in the same month of last year, according to passenger car and commercial vehicle wholesale data released by the China Association of Automobile Manufacturers (CAAM). This was the second consecutive monthly decline for the market which local analysts blamed on continued shortages of semiconductors affecting output among some of the country’s key automakers. Overall vehicle production fell by 16.5% year-on-year last month, according to the association.  Underlying demand for vehicles in the country remained strong with the market having already recovered to pre-pandemic levels driven by strong pent-up demand and low interest rates.

Knorr-Bremse said it had stopped pursuing a potential acquisition of a majority stake in Hella. Following what the supplier described as “careful analysis,” the executive board determined the possible transfer of key technologies and products to its own product portfolio would not result in the realisation of expected synergies. Knorr-Bremse maintained the primary focus remained organic growth and it continued to explore opportunities to increase the value of the company through acquisitions or partnerships. “We have always considered opportunities for value-enhancing transactions with leading international companies, which is why we looked at Hella,” said CEO, Jan Mrosik. “However, we did not see the necessary synergies in the potential transfer of competencies, particularly in the commercial vehicle sector. As a result, we determined this acquisition would not create sufficient additional value for our shareholders.”

As Nissan launched its latest Qashqai in Europe, we spoke to Andrew Humberstone, Nissan Motors GB managing director. The new Qashqai also brings the first deployment of Nissan’s ‘e-POWER’ drive system to Europe, sales of which are scheduled to start following those of the mild-hybrid version. To meet the typical needs of European consumers and their daily drive, the e-POWER system has been upgraded for the new Qashqai with the adoption of Nissan’s world-first variable compression ratio petrol engine as the dedicated electricity generating unit. The result, Nissan says, is a compact, high-output electrified system that, thanks also to the high combustion efficiency of the engine, delivers more efficiency. Sales will start with the mild-hybrid version, while the e-POWER version will follow later.

The proliferation of electric vehicles over the last decade, combined with Tesla’s rise to prominence has brought with it a new wave of electric vehicle startups. With investors keen to splash the cash to find the next Tesla, many innovative companies are springing up, each claiming to be a revolution in the electric vehicle market. Canoo is yet another EV startup aiming to carve out a slice of the market, but what sets it apart from the rest?

As volumes rise rapidly, the supply of precious metals for EV batteries is emerging as an issue for the long-term. Is there a solution of abundance on the ocean floor?