A YouGov survey has revealed a “significant” shift towards out-of-home EV (electric vehicle) charging, as public and destination charging facilities start to step up to meet growing demand.

The survey, conducted by YouGov, on behalf of vehicle charging specialist CTEK, showed only 56% of EV owners are now charging at home (down from 78% in 2021) with 20% charging at shopping centres, 20% at work, 11% at hotels and 8% at restaurants. 17% are charging at petrol stations, but only 7% give this as their preferred place to charge, and 12% actually say that not having to visit petrol stations is their favourite thing about EV ownership.

Data from Zap Map showed the number of public charge points had risen by 34% since last year and the survey also found availability of public charging was now far less of a concern for EV owners with only 8% giving lack of local charging facilities as their biggest frustration, compared with 30% in 2021.

However, almost three quarters (71%) of UK motorists still felt more charging infrastructure was needed to meet growing demand for EV charging and, although this had reduced slightly from 78% in 2021, remained the highest level in Europe. 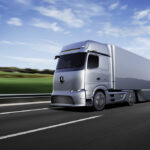 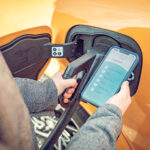 However, the reliability of out of home charging [regularly highlighted by consumer publications, local social media forums and EV owners groups – ed] remained an issue with 9% of UK EV owners, 7% were frustrated by complexity of payment and 59% felt lack of EV roaming, which would allow drivers to access different providers’ chargers and networks, was a major frustration.

This was an even greater issue in Germany and France, where 67% and 62% of drivers respectively were frustrated by lack of EV roaming. It was less of an issue in the Netherlands and Scandinavia where EV roaming was better established.

Cecilia Routledge, global director, energy & facilities for CTEK, said: “It is extremely encouraging to see that the availability of public and destination charging facilities is starting to step up to meet the growing demand for out of home charging, as this is a vital factor in the overall acceptance and take up of electric motoring.

“However, reliability of out of home charging remains an issue, and this is an aspect that needs additional focus, along with steps to reduce the complexity of payment and industry-wide commitment to rolling out EV roaming, which would give EV drivers better access to charging stations, in the same way that mobile phone users can simply access different networks as they travel around the globe.”

With the escalating cost of living and rising fuel prices, it was hardly surprising the survey also found financial considerations were becoming increasingly important for all motorists. A quarter (25%) of current EV owners gave lower running costs as their favourite aspect of EV ownership, ahead of 21% citing environmental benefits.

For non-EV owners, lower running costs have become more important than access to charge points and the purchase price of EVs remained the biggest barrier for motorists considering the switch. In addition, 64% of drivers thought government subsidies were essential to encourage more people to buy EVs, this being the highest level in Europe.