Toyota Motor restarted operations in Japan on Wednesday after shutting down all its plants the day before due to a computer system failure initially reported by one of its key supplier suppliers which has since been confirmed was caused by a cyberattack.

Kojima Industries Corporation, a manufacturer of exterior and interior body components, over the weekend reported an unexplained error in its computer server system which prevented it from communicating with Toyota and from monitoring production – even though there was nothing physically wrong with the production equipment.

The disruption caused the loss of production some of 13,000 vehicles across all of Toyota’s 28 production lines at 14 plants in Japan, including plants operated by its Hino and Daihatsu subsidiaries.

Government spokesperson Hirokazu Matsuno confirmed that the system failure was caused by a cyberattack and urged all companies in Japan to prepare for heightened risk of attack. According to local reports, a threatening message was also found in the system – which points to a ransomware attack.

News
The future of cabin technology and 3D image authentication 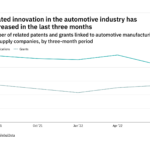