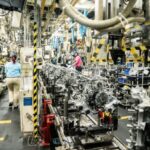 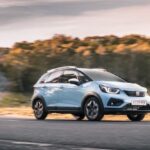 Toyota said in a statement: “We… have made repeated adjustments to our production plans due to the parts shortage resulting from the spread of Covid-19, causing considerable inconvenience to our customers and other parties concerned.

“Up until now, we have conducted recovery production with tremendous efforts from the various relevant parties with the aim of delivering to customers as many vehicles as possible at the earliest possible date. However, due to the parts shortage, we have had to make repeated last-minute adjustments to production plans, and this has imposed considerable burdens on production sites including those of suppliers.

“Under these circumstances and in light of a review of past developments, we have revised production plans to be more reasonable in line with recent realities. Specifically, we have positioned the three-month period from April to June as an “intentional pause,” and we will create plans based on the personnel structures and facility capacities of suppliers.

“By doing this, we will establish healthy workplace environments that place the highest priority on safety and quality, rather than exceeding the capacities of facilities, pushing people to their limits, and making do through overtime work. We will then inform our suppliers of plans that incorporate production reduction risks and other factors up to three months in advance, review production plans on a monthly and three-monthly basis, and share these plans with our suppliers.

“The global production plan average from April through June is around 800,000 units.

“In addition to the shortage of semiconductors, the spread of COVID-19 and other factors are making it difficult to look several months ahead, and there is a possibility that the production plan may be lower. However, we will continue to closely examine the situation of parts supply and suppliers, an make every effort to reduce the scope of sudden production cuts as much as possible, to normalize the production plan, and to reduce the burden on suppliers.

“We would also like to extend our sincere apologies once again to those customers who have been waiting for vehicles to be delivered. By normalizing the production environment, we hope to deliver vehicles with high quality as many as possible. We continue to make every effort with concerned parties such as production, procurement, and sales.”