Customers of China’s BYD, the largest electric vehicle (EV) maker by sales, have taken the unusual step of urging regulators to expand a battery replacement recall to safeguard the reputation of a national champion.

Two BYD customers told Reuters they and others questioned why BYD had instructed dealers to replace batteries in their cars which were not subject to the recall. Though compensated, the customers said they wanted BYD to be more transparent.

The Shenzhen based automaker reportedly did not respond to Reuters’ requests for comment.

The news agency noted BYD, backed by US billionaire investor Warren Buffet, had seen sales more than quadruple so far in 2022, largely shrugging off a slump brought by COVID-19 containment measures. 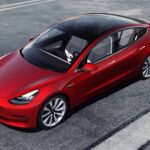 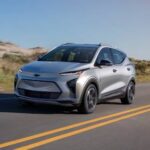 As well as electric cars and buses, BYD also builds batteries which it has portrayed as the industry’s safest and which it is close to supplying to rival EV maker Tesla, BYD’s executive vice president has said.

According to Reuters, it is this success supporters fear could be undermined by public relations missteps. BYD’s image already took a hit this year when its factory emissions were blamed for causing nosebleeds among local children. BYD said it complied with emissions rules and called the nosebleed allegations malicious.

“As an icon of the Chinese EV sector, BYD is failing us,” one of the complainants surnamed Wu told Reuters. “It should be more transparent and honest facing such problems.”

In April 2022, the State Administration of Market Regulation (SAMR) announced a recall of 9,663 Tang DM-i cars saying a defect in the battery pack could cause fires.

Three Tang DM-i owners told Reuters their cars were not on the recall list but that dealers in June had called them in to replace their batteries. Two said they were told the swap was due to quality issues and the dealers would not elaborate.

The third said the dealer, when pressed, revealed the swap was on BYD’s instruction and was due to the April recall. A bill seen by Reuters showed all charges covered by the manufacturer.

Two told the news agency they and others had submitted letters of complaint at SAMR’s Defective Product Administrative Center after contact with BYD proved fruitless. They want an investigation into what they called a “secret recall” for fear of any damage to one of China’s best known international brands.

“BYD is growing too fast while its management is not able to keep up with its growth,” said a complainant, who declined to be identified due to privacy concerns. “We hope this giant can make breakthroughs from this lesson and create real achievements.”

It was unclear what criteria was necessary for SAMR to act. The regulator did not respond to Reuters’ requests for comment.

A dealer in Sichuan told the news agency the Tang DM-i was being “widely recalled” but was unsure whether the scope was beyond the public recall. A Shanghai dealer owned by BYD declined to comment to Reuters and a Shenzhen dealer did not respond to its requests for comment.

But, for all new energy vehicle makers, fires constitute a persistent problem. In the past six months alone, over a dozen videos have been posted on social media showing BYD EVs on fire, Reuters noted.

Several reviewed by Reuters showed large amounts of smoke rising from Tang-series SUVs, followed by blasts from the bottom of the vehicles where the battery packs are mounted. Reuters was unable to verify the authenticity of the videos.

The news agency noted chairman Wang Chuanfu two years ago touted BYD’s Blade battery, saying it would “guide the global battery industry back on track” and “put an end to spontaneous combustion” in EVs.

The Tang DM-i Blade battery pack differs in structure to the Blade for battery-only EVs, such as might be supplied to Tesla, but uses the same lithium-iron phosphate chemistry, Reuters said.

In the recall, SAMR said some Tang DM-i battery packs risk malfunction because a defective component could expose the system to water and cause “thermal runaway”, or a sudden increase in temperature that could cause an explosive fire.

“The e-mobility trend has pushed automakers to be much more customer-oriented than before,” Shi told the news agency. “Battery safety is one of the key factors to convince buyers, especially for the mass market segment that BYD is after.”