South Korea’s main stock market, the KOPSI, said it had given “preliminary approval” to the listing of LG Energy Solution, the country’s largest manufacturer of electric vehicle (EV) batteries, according to local reports.

The approval by the Korea Exchange (KRX), the exchange’s operator, brought LG Energy Solution a major step closer to its much anticipated market debut which had been delayed by the company’s outstanding legal issues with customer General Motors.

LG Energy Solution had since settled its battery recall obligations and set aside KRW711bn (US$603m) to compensate the US carmaker.

KRX said the application had now passed the preliminary review process for listing eligibility and LG Energy Solution was now expected to complete the listing process by late January 2002, after it filed the necessary documents with the country’s financial supervisory service. 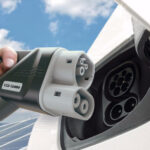 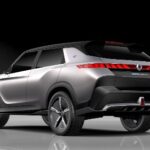 LG Energy Solution was expected to be the largest IPO in the history of the South Korean stock market, with analysts estimating the company would list with a market value of up to KRW80trn (US$68bn).

The company was expected to raise KRW10trn-KRW15trn through the IPO.