Honda has posted a set of quarterly financial results that beat analyst estimates and enabled it to raise its outlook for the current fiscal year.

Honda said the reduction was due primarily to the effect of changes in sales prices and costs, offset to some extent by a reduction of incentives and favourable currency effects.

In the US, supply shortages meant that retails sales for the quarter ended 30 June were 240,000 units, around 49% of the same quarter last year. 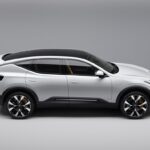 Honda said automobile production and sales units decreased compared to the same period last year mainly in China and North America due to the impacts from the semiconductor supply shortage and the Shanghai lockdown, but that the results were in-line with the previous forecast.

The company’s sales revenue forecast for the current fiscal year (ending March 31 2023) was raised by 500 billion yen to 16,750 billion yen, while the operating profit projection was up by 20 billion yen to 830 billion yen. The upward revisions reflect favourable currency effects, but the unit sales forecasts for the year are unchanged.

However, Honda also warned that the outlook remains uncertain due to the impacts from the semiconductor supply shortage and a resurgence of Covid-19.