General Motors said it was investing US$100m to strengthen its vehicle import operations in China. A new business was scheduled to be established in the third quarter of 2022 to help lift sales of fully imported premium and niche vehicles.

The automaker said it had signed an agreement with Shanghai Pudong New Area with a particular focus on niche models such as full-size SUVs and pickup trucks, performance cars and electric vehicles.

The strengthened import business plan follows a series of investments in the country in the last few years, including the expansion of the GM China Advanced Design Center in Pudong and a US$300m investment in autonomous driving technology with Chinese startup Momenta. 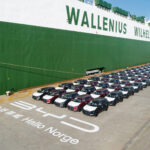 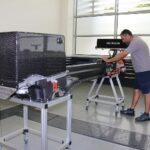 Imported vehicles’ share of sales has declined steadily in the last five years, according to China Passenger Car Association, with volume in the first five months of 2022 falling by a further 7% to around 400,000 units. Sales of imported premium cars have continued to grow, however, Blisset added.