The analysts at LMC Automotive have cut their forecast for light vehicle sales in Europe by 2 million units a year in the period 2022-2024 due to the impact of the deteriorating Ukraine situation on the automotive sector.

In their latest quarterly assessment of the sales picture, they say they have taken account in a ‘best estimate’ of the changes since their last forecast round of impacts such as the devastation to the Ukraine economy, new sanctions imposed on Russia and problems for vehicle build caused by supply chain disruptions.

LMC says the cuts to the forecast have been most significant in Russia and Ukraine, with Russia seeing western companies withdrawing as the country becomes increasingly isolated internationally. The Russia LV outlook has been cut by around one million units a year in the next few years, with ‘even that position having some downside risk’ [for comparison, the Russian light vehicle market edged up by 4.3% to 1.67 million in 2021 – ed]. LMC also said Ukraine sales are now expected to dry up over the near-term as Russian military forces attempt to press forward.

The latest analysis also suggests that the collapse in the Russian market could yet have the effect that this leads to a greater supply of vehicles elsewhere in Europe as scarce parts are diverted away from vehicles destined for the Russian market. In supply-constrained markets, this might actually boost European sales (excluding the Commonwealth of Independent States). However, LMC also says it views this as ‘more of an upside risk to the forecast — raising the base forecasts for Western European countries is difficult to justify as war rages in the east’. 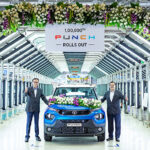 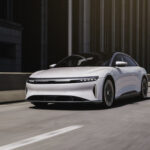 Instead, LMC has lowered the outlook for Europe (excluding the CIS region) as the threat to supply chains has increased further. The fragility of supply in Europe has been highlighted by the semiconductor shortages and LMC says it is prudent to assume further impact on vehicle build in the region over the next few years. We continue to expect that selling rates in Europe (excluding the CIS region) will track a generally upward trajectory over the course of 2022, ‘though a more pronounced lift-off of sales in the second half of the year because of a major improvement in component supply, is now not assumed’.

While LMC maintains that the market remains supply-constrained, the gap between demand and supply could yet close as the former deteriorates, with underlying demand itself being ‘eroded by high inflation, squeezed household budgets, rising interest rates and potential erosion of confidence’.

LMC also cautions that there is a high level of uncertainty linked to the geopolitical crisis in Eastern Europe and says there remain many potential paths the war could yet take, and ‘that itself highlights the uncertainty over the near-term outlook’.

European trade association Acea has also published February car sales figures today, which show that in February 2022, new passenger car registrations in the European Union contracted further (-6.7%), as car manufacturers continue to face supply chain disruptions. With 719,465 units sold across the EU, this was the weakest result in terms of volumes for the month of February since records began.