Realtime Robotics, a specialist in autonomous motion planning for industrial robots, has announced partnership with Kawasaki Robotics on a project that aims to automate the programming, deployment and control of its industrial robots.

The partnership is described as a gamechanger, providing manufacturers with increased flexibility from programming collision avoidance on multiple robots, automating the programming of robotic motion and help with optimising automated outputs. Initially, the focus is on automotive applications.

We spoke to Realtime Robotics’ CEO Peter Howard to find out more about the latest advances in robotic technology operations and the origins of the partnership with Kawasaki Robotics. 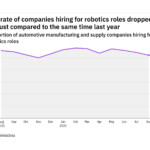 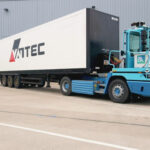 Interview
100 per cent sustainable tyres by 2050

Just Auto (JA): Could you provide me with some background on the company and your role?

Peter Howard (PH): I am the CEO and co-founder of Realtime Robotics. We are a five-year-old spinout of Duke University, focused on automating the process of deploying robotic automation.

Our innovative RapidPlan software generates collision-free motion plans in milliseconds for industrial robots and autonomous vehicles, empowering robots to function together in unstructured and collaborative workspaces, as well as to react to dynamic obstacles the instant changes are perceived.

Realtime Robotics’ technology expands the potential of automation by reducing the cost of ownership by 50%, improving throughput per dollar by 50% and making robotic solutions economically viable in 10 to 100 times more applications.

How did the partnership with Kawasaki Robotics come to be?

We set up operations at MassRobotics, a robotics incubator in Boston, just as it opened in 2017.

One year later, we completed our first prototype and demonstration of two robots simultaneously picking and packing electrical products from a random bin. In fact, as one of our founders was dodging and weaving to intentionally try and physically block the robots from getting their job done (he was unsuccessful, even when he moved the product package randomly around to confuse the robots, proving the technology worked), a team from Kawasaki Robotics was touring MassRobotics.

Similar to anyone who had seen that initial demo, they had never seen anything like it, and were sceptical that it wasn’t somehow staged. Their own people tried to stop the workflow and couldn’t. The discussion quickly turned to a collaborative proof of concept study with their robots and our technology.

With our revolutionary products now ready for release in key application areas, the relationship is off to the races.

Which areas/tasks is the robotic technology able to be involved with?

The technology is applicable to all robotic tasks, from automotive tasks like spot-welding, paint and seal; to warehouse automation tasks such as palletizing; to industrial assembly; to food service; to construction; to agriculture and more.

We have chosen to focus initially on automotive, warehouse automation, and assembly as this is where the install base is focused.

What is the current status of automotive robotics?

What are the main benefits that this type of technology can offer the automotive industry?

The main benefits include an 80 to 90% reduction in robot programming time, freeing scarce robotic engineers to focus on automating the 90% of auto manufacturing that is still manual.

The technology can establish a 100% reduction of line downtime and related costs due to robot collisions, and help optimize the work cell footprint, reduce electric consumption, and lower maintenance costs through reinforcement learning-based optimization software that can iterate hundreds of thousands of options to minimize these cost factors in only a few hours.

You get greater fault tolerance and uninterrupted operations through what we call run-flat programming, which allows you to easily re-allocate tasks of one robot to another in case any of them is down for any reason.