Connectivity, data analytics and fintech were the fastest emerging investment themes in the automotive industry this year according to an analysis of trends across three pillars of key investment activity.

We picked out the top 30 driving forces in recruitment, dealmaking and innovation (through patent filings) across 23 industries in 2021 and measured how far up or down the rankings each had travelled compared with the previous year. The results uncover which forces have the most momentum going into 2022 and could therefore establish themselves as critically important influencers.

Connectivity had the strongest momentum when it came to automotive industry hiring patterns, climbing 12 places to rank ninth this year. This meant that there were 354 connectivity roles sought per every 10,000 job postings in the sector in 2021, a significant increase.

Social media was the second fastest emerging hiring theme (up 12 ranking spots), while data security came in third (up by 11 ranking spots). 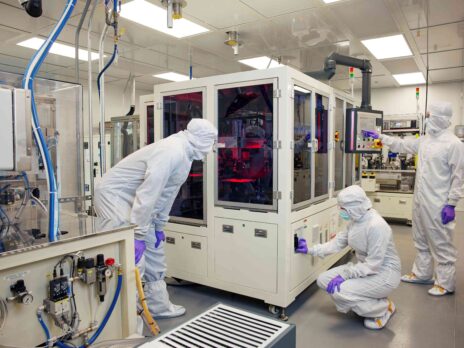 Themes, as referenced throughout this article, are defined by GlobalData, from whom our data is taken, as any issue that keeps a CEO awake at night. Companies that fail to spot the important themes within their industry risk being unprepared for their future and, ultimately, failure. GlobalData tags millions of datapoints with these themes across its proprietary databases on a daily basis, making it possible to track their momentum over time.

Our analysis found that the fastest rising themes tended to differ depending on the investment metric being analysed. ESG-related themes, such as ethics and governance featured heavily across the board as emerging forces in recruitment, while themes related to disruptive technologies tended to be the biggest risers across mergers, acquisitions and other deal-based investments.

For example, machine learning was a top five emerging theme for deal investment in seven out of the 23 industries we analysed, with big data, autonomous vehicles and the internet of things each appearing in five.

Deals where data analytics played a part enjoyed the biggest increase in ranking among the automotive manufacturing and supply companies included in the analysis, rising 31 places higher this year compared to last. Machine learning was the second fastest emerging dealmaking theme (up 21 ranking spots), while de-dieselization came in third (up by 18 ranking spots).

The final investment pillar analysed was patent filings, with the themes emerging here unsurprisingly tending to be at the cutting edge of each industry. This resulted in less overlap between industries but it was notable that renewable energy research was present for six of the 23.

Fintech-related patent filings had the most momentum in the automotive industry, ranking 25th in 2021. This was an increase of nine ranking places this year compared to last. Autonomous vehicles was the second fastest emerging innovation theme (up five ranking spots), while machine learning came in third (up by four ranking spots).

It is important to note that all the themes within this article are emerging themes which are worth watching in the future. They won't all necessarily rise to the tops of the thematic rankings (some will almost certainly fizzle out next year) but they have the potential to do so in the coming years.

For more on this report, including which companies are predicted to be winners and losers, visit GlobalData's report store.

Topics in this article: thematic