Nissan Motor has agreed to acquire a majority stake in Vehicle Energy Japan (VEJ), a local company engaged in the development and manufacture of automotive lithium ion batteries and related manufacturing systems.

The company currently develops and manufactures lithium ion batteries, battery modules and battery management systems for hybrid vehicles. It has three battery manufacturing plants in Japan and one in Michigan.

Nissan said it planned to acquire all the common shares of VEJ held by the Innovation Network Corporation of Japan (INCJ) after it completes all the necessary regulatory procedures and would also subscribe to new common shares to be issued by VEJ. 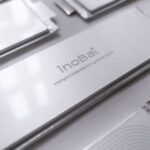 Following the transaction, VEJ would become a consolidated subsidiary of Nissan, with minority stakes to be held by existing shareholders Maxell and Hitachi Astemo.

Under Nissan Ambition 2030, the automaker “aims to create significant value beyond mobility by placing electrification at the core of its business strategy”. VEJ is expected to play a crucial role in its ongoing electrification strategy under this vision.

Nissan said the investment in VEJ would allow it to secure a stable battery supplier and contribute to the development of new batteries with a competitive edge in terms of both performance and cost, with the ongoing support of the existing shareholders.