The UK Government's GBP300bn post-virus stimulus package announced this week omitted automotive specific measures. Just a matter of weeks ago, it seemed that the final touches were being applied to an automotive sector support package that would include scrappage incentives designed to kick-start new vehicle sales.

Ultimately, the UK Government decided on a range of broader economic support measures and targeted the housing, hospitality and energy sectors.

The UK Government certainly faces a big challenge in getting the UK economy back up and running again and there are naturally competing claims for support measures from different sectors. However, the automotive industry in Britain is understandably concerned that the UK Government has not yet chosen to introduce sector specific measures for the UK automotive sector.

The industry in Britain is slowly picking itself up off the floor caused by the sharp COVID-19 crash. Car sales in June were down by 34.9%. The large decline is an improvement on May's drop (-89%), but the drop also reflected uncertain economic confidence and the delayed re-opening of Welsh and Scottish dealerships. 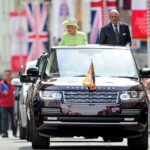 The lacklustre performance means that the market so far this year is down 48.5%, with almost 616,000 sales lost.

Companies in Britain involved in the manufacture of vehicles, component parts and their sale and distribution will be understandably envious of Government policies elsewhere and early signs of their positive impact.

A combination of pent-up demand and the effects of the government subsidy program saw the French vehicle market surge back to life in June. CCFA data shows that light vehicle sales increased by 2.4% year-on-year in June to nearly 286,000 units. Passenger car sales increased by 1.2% to just under 234,000 units.

Indeed, financial or scrappage incentives designed to encourage consumers to trade in their old vehicles for more environmentally friendly new vehicles have been introduced in a host of European countries. In the UK, too, they would lift retail activity, help get the industry back to work and provide a much needed boost for the UK economy.

They could also be framed to encourage the sale of greener cars, helping UK companies active in emerging advanced technologies such as electrification.

GlobalData forecasts that the UK light vehicle (includes light commercial vehicles as well as passenger cars) market in 2020 will be down by 33.2% at 1.85 million units – and that forecast is predicated on some form of incentive being introduced in the second half of the year.

The automotive industry in Britain – which also faces the headache of the possible imposition of new trade tariffs on EU business next year – will struggle without targeted support. The automotive sector has been particularly hard hit in this crisis, with thousands of job losses already announced and many more at risk.