Investment in gigafactories to make lithium-ion batteries for EVs is set to accelerate. With the automotive industry rushing headlong to an electric vehicle (EV) future the traditional automotive value chain – where powertrain component manufacturer and supply had a central role – is being upended. Already countless warnings have been made about the hollowing out of automotive clusters surrounding industry bedrocks with the accompanying loss of employment. The transition to EVs and accompanying battery plants may provide some solace for the industry and governments. Firstly, for the industry the need to have battery plants located near vehicle assembly will help preserve clustering. Second, governments – that have long regarded the automotive industry an attractive industry to promote due to its economic multiplier – will take heart from recent developments. Additionally, with the rush to establish battery gigafactories ready for the EV revolution a valuable source of Foreign Direct Investment is being injected into economies slowly emerging from the damage wrought by the COVID-19 pandemic. In this respect, new GlobalData research estimates that by 2030 there will be 3,964GWh of lithium-ion battery capacity for EVs worldwide up from 412GWh of capacity in 2020. That is a not unsubstantial CAGR of 25.4%. What is more, whereas in 2020 the capacity was spread among 65 plants with an average capacity of 6.3GWh, by 2030 that capacity will be spread among some 150 plants with an average size of 26.4GWh. With each GWh of capacity costing in the range of $30-50m that means that between $106bn and $177.6bn is set to be invested in gigafactories worldwide between 2020 and 2030.

Global investment in 2022 has been majorly dominated by North America, Europe, and Asia Pacific, whereas the Middle East, and South and Central America have recorded low investments comparatively. In light of this, Europe and North America have been identified as the major destinations for Private Equity and Venture Capital (PE/VC) investments.   GlobalData’s whitepaper analyzes which sectors PE/VC firms have been investing in, looking at Technology, Media, and Telecom, with these sectors recording $356 billion and a deal volume of over 10,000 deals in 2022. Healthcare, Financial Services, Business & Consumer Services, and Construction sectors have also seen high investment activity by PE/VC firms, recording a deal value of over $70 billion each.   But what can this mean for you?   Understand how the Deals Database on GlobalData Explorer can be leveraged to:     Consult our full report here and optimize your business strategy.
by GlobalData
Thank you.Please check your email to download the Report.

Electric vehicle startup Nio has announced a strategic partnership with Shell, that includes a plan to install 100 battery swapping stations in China by 2025 and construct and operate pilot stations in Europe from 2022. Shell’s charging network in Europe will also become available to Nio users. Nio and Shell will ‘continue to explore further collaboration opportunities in battery asset management, fleet management, membership systems, home charging services, advanced battery charging and swapping technology development, and the construction of charging facilities in China’. Nio began delivering cars to consumers in China in 2018, expanded sales to Norway in 2021.

South Korean steel maker Posco has won a KRW145bn (US$122m) contract to supply EV half shafts for vehicles produced by Rivian Automotive. The company’s trading arm, Posco International, together with South Korean auto parts manufacturer Erae Ams Company, would supply parts for 340,000 EVs built by the US startup. This followed an earlier order placed with the same companies for half shafts for 20,000 Rivian vehicles. Posco and Erae are contracted to begin shipping the parts from next year. The pair have been collaborating on auto parts for 10 years and signed a similar deal last year to supply half shafts to Vietnamese automaker Vinfast. Posco has made significant efforts to position itself as a supplier to the fast expanding global EV industry in the last few years, particularly for battery materials and components. 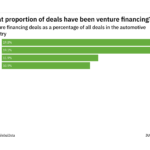 Valeo has unveiled its third generation scanning LiDAR, due to make its market debut in 2024. Valeo’s technology reconstructs a 3D real-time image of the vehicle’s surroundings at a rate of 4.5m pixels and 25 frames per second. Compared to the previous generation, the resolution has been increased 12-fold, the range 3-fold and the viewing angle, 2.5-fold. The supplier maintains the new LiDAR can see things humans, cameras and radars cannot. This means driving can be delegated to the vehicle in many situations (level 2 automation and above), including on the road at speeds of up to 130km/h. Even in such situations, a vehicle fitted with the third generation scanning LiDAR can manage emergency situations autonomously. Valeo’s scanning LiDAR detects, recognises and classifies all objects located around the car. If the objects are moving, it measures their speed and direction. The scanning LiDAR can adapt to all light conditions, whether dazzlingly bright or pitch black. It also measures density of raindrops to calculate the right braking distance. It tracks nearby vehicles, even when they are no longer in the driver’s line of sight and uses algorithms to anticipate their trajectories and trigger necessary safety manoeuvres. The new technology offers “previously unseen” levels of road safety, said the manufacturer.

Bosch is leading a consortium of 34 companies, universities, and research institutes from seven European countries in the Europe-funded Transform project to establish a resilient silicon carbide (SiC) semiconductor supply chain. Scheduled to run until 2024, the publicly-funded project is focusing on five use cases in the automotive, industry, renewable energy and agriculture sectors. Bosch notes silicon carbide semiconductors display better electrical conductivity and enable higher switching frequencies, while also ensuring much less energy is dissipated in the form of heat. In addition, power electronic applications with SiC chips can be operated at much higher temperatures, with the result a simpler cooling system is required, which also saves energy. Silicon carbide also has a higher electric field strength, meaning components made of the material can be smaller in design, while delivering a higher power conversion efficiency. Compared with conventional silicon chips, the German supplier says experts believe this will result in an energy saving of as much as 30%, depending on where the components are used. The objective of the Transform project is to establish a resilient European supply chain for the production of power electronic applications based on SiC power semiconductor devices. Demand for such technology is set to grow rapidly, especially with respect to energy-intensive applications such as electrical vehicle powertrains, EV charge spots and power supply infrastructure. This project has a budget of more than EUR89m (US$100m) and is funded by the European Union as well as national bodies. It brings together players along the SiC value chain in Austria, the Czech Republic, France, Germany, Italy, Spain and Sweden.

BMW Manufacturing in Spartanburg, South Carolina, said it would expand its logistics operations to a new building being developed across the Interstate 85 freeway from the plant. The project will cost about US$100m. When completed, the new logistics centre would be nearly 1m sq ft in size and could be expanded. The new centre, due to open mid-2022, would allow consolidation of two off site warehouse operations – one for returnable containers and another for body shop parts – into one on site location. Inside the warehouse, supplier shipments would be sorted, then delivered to the car plant. To minimise the impact of truck traffic in the area and allow for easy access, two private bridges are being constructed to connect the logistics centre to the main site. Separately, construction continued on the new $20m, 67,000 square foot training center on the site, which was announced in February. It’s due for completion in summer 2022 with multiple classrooms, an outdoor amphitheatre and outdoor meeting and workspace with wireless equipment. BMW Group spent $11.4bn since 1992 at the South Carolina site which builds 1,500 SUVs a day and exports two-thirds to 125 markets.

Now focused on production of complete buses and chassis over eight tonnes, Daimler Buses sold Mercedes-Benz Minibus in Dortmund to industrial group Aequita. The buyer acquired the company with 240 employees, “thereby securing the future of the Dortmund site”, according to a Daimler statement. Production at Dortmund would continue and Daimler Buses would assist Aequita with sales and service/parts. Till Oberwerder, Daimler’s bus chief, said: “We want to concentrate… on our core business and our strengths. Our focus was on maintaining jobs at the site and providing the plant promising prospects for the future.”

Global investment in 2022 has been majorly dominated by North America, Europe, and Asia Pacific, whereas the Middle East, and South and Central America have recorded low investments comparatively. In light of this, Europe and North America have been identified as the major destinations for Private Equity and Venture Capital (PE/VC) investments.   GlobalData’s whitepaper analyzes which sectors PE/VC firms have been investing in, looking at Technology, Media, and Telecom, with these sectors recording $356 billion and a deal volume of over 10,000 deals in 2022. Healthcare, Financial Services, Business & Consumer Services, and Construction sectors have also seen high investment activity by PE/VC firms, recording a deal value of over $70 billion each.   But what can this mean for you?   Understand how the Deals Database on GlobalData Explorer can be leveraged to:     Consult our full report here and optimize your business strategy.
by GlobalData
Thank you.Please check your email to download the Report.
Topics in this article: TWTW