Tesla has confirmed it plans to store locally the data its vehicles generate in China and also offer vehicle owners access to query information, in response to growing privacy concerns by the Chinese government, according to local reports.

The Chinese government is increasingly concerned about the amount of consumer and other data that is being generated in the country by connected/smart car technology companies and also foreign automakers.

Tesla is the latest smart vehicle manufacturer in China to respond to the government’s growing privacy concerns, as the number of onboard and roadside cameras and sensors continues to rise. While these are mainly intended to provide intelligent and connected services to customers, they may also provide tools to breach privacy.

In an attempt to help alleviate some of these concerns, Tesla said it has “established” a new data centre in China, with more to follow in future, where its local Chinese data will be stored. The reports also suggested the US car company has also promised that all data on vehicles sold in mainland China will be kept in the country. 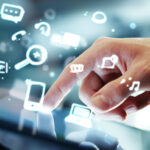 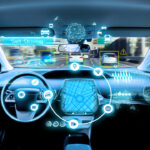 News
A warning to OEMs - beware the temptation of subscription services

The company did not confirm when the data centres will become operational, but promised to issue a notification when they are ready for use.

Tesla’s vehicles have recently been banned from government establishments in China, particularly military bases, for fear they can be used to gather data.