The testing programme for autonomous vehicles would be conducted in Utsunomiya City  (Honda’s R&D centre is nearby) and Haga Town, Tochigi Prefecture.

As the first step to prepare for thorough testing, a high-definition map of the area would be created using a specialised vehicle for mapping. Once the high-definition map is ready, the autonomous vehicle, Cruise AV, would be driven on public roads to develop and test autonomous vehicles adapted to the traffic environment and the relevant laws and regulations in Japan.

Honda and Cruise would work jointly on the testing programme and also it would be pursued at a new operations test site to be established within a Honda facility in Tochigi Prefecture. 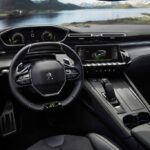 Honda Mobility Solutions, a subsidiary, would be the operator of such business in Japan.