The technology will be included in all new vehicles along with all existing vehicles that feature their Pivi Pro Infotainment system. New vehicles featuring the integration include the Defender 130, Range Rover Sport, Jaguar XF and XE Sport.

We spoke to general manager EMEA and senior vice president HERE Technologies, Gino Ferru, to find out more about this integration and the rationale.

Just Auto (JA): Could you tell me a little about your job role and what that involves?

Gino Ferru (GF): I’m the senior vice president, and the general manager of the European region, including Middle East and Africa (EMEA). I have a team of more than 200 people responsible for all of our client-facing and partner-facing activities, varying from technical services, professional services, sales team, the industry team, but then also the colleagues who are doing all of the client-facing activities. 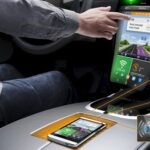 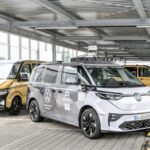 Currently, in order to be able to provide a solution to our customers, we’re more focused on how we can coordinate and assemble different capabilities and integrate them into something that is really unique and competitive.

I have a special group in my team who provide best in class architecture to bring those different solutions and solution components together into something that is really unique for our clients.

How did the partnership between HERE Technologies and Jaguar Land Rover come to be?

The company has a history of relationships with Jaguar Land Rover (JLR) which started in 1997 when we were able to ship the first navigation system. Then in 1998, we had the first map gear engagement and since then we have increased our footprint with the solutions that we have provided.

We have been able to develop relationships at the technical level, at the architectural level, at the functional level, therefore being able to better understand what it is that JLR has been looking for and meet the needs.

If you are travelling into remote areas, and you don’t have streets, for example if you’re driving in the desert, then the ability to be able to navigate to a fixed location was something that the client [JLR] was looking for, for a long period of time.

Since we have signed our strategic agreement with What3Words, we felt that it was highly relevant to bring the two solutions together. It’s the combination with the infotainment system and the navigation system which is able to cover the requirements that JLR has, in a way that is very much integrated.

We are extraordinarily pleased and excited after 25 years working together with JLR to now go to the next level and allow the What3Words capabilities to be included in an application package that we have been supporting for a very long period.

Could you explain what What3Words is and how it functions?

Unfortunately, not all the addresses and not all the interesting destinations are available in the map for different reasons. If you’re travelling in very remote areas, then you are not able to precisely target your destination in the map, and that’s a concern for those drivers who want to have the security that the routing and the destination is compliant with where they would like to go to and for those particular use cases, especially in remote areas.

With What3Words you type in three words, and then based on the words that are being typed in, automatically with the search function in the infotainment system, the system is able to provide the preferred destination and as a result of that, the optimal route will appear on the screen and then the system will be able to find the destination and then navigate the driver.

What would you say are the key benefits of this new combined interface?

I think one of the key benefits is the level of accuracy in finding the destinations; it really is top standard. I think the other one is that the updates are being done over the air, so if there is a new version or a new release, over the air updates take care of that, which I think is really helpful. You don’t need to go back to the dealer in order to install data, whilst at the same time you can use the available functionality if there is no connectivity at all.

This is important: You don’t need to have connectivity if you’re offline; you’re still able to use the functionality that we are offering together with What3Words. If you’re in a desert with zero connectivity, no 4G, no 3G, this solution will continue to work.

From a user interface perspective, from a driver perspective, the search function is completely integrated with the navigation and the ability to also have all the existing functions working together nicely with route information.

We are also offering it in approximately 150 markets and What3Words is available in 24 languages, so the coverage is really significant.

What do you see the future holding for the automotive industry?

I think that’s really a big question, and the thing is, nobody really knows. If you look at the conversations I’m having with the majority of the OEMs then I think there are at least, let’s say three spaces that will have additional research and development budgets.

The first one is the conversation around autonomous driving. I think in the next few years, we’re going to see an uptake in more brands, more models that will have level 3 capability, and then of course, we’re going to go into level 4 for autonomous driving capabilities in the next, let’s say, two, three years. I think that’s an unstoppable trend. It’s not so much about the technology, but it’s more about the legalities that we’ll need to sort out the level of adoption.

What I’m seeing here is that some of the brands are already assuming, let’s say the legal liability in case of an accident in order to avoid the dispute. They’re saying if, for whatever reason, our brand is, from a technical perspective, not performing in accordance with the specification and an accident happens then we are covering that, legally. So that will give autonomous driving an additional boost.

The other trend that I’m seeing where the industry is also investing heavily is in electrification of the fleet. JLR announced just last year, that by 2026 or 2027, the majority of the fleet will be completely electrified. That means that we need to have abilities and capabilities in place for them to be able to find the relevant charging points and services in that particular area.

We also need to have EV routing as a key theme in the navigation itself so that if you have a car with a certain battery depletion that is caused by speed, route curvature, and those typical road attributes, that you are able to in real-time calculate the battery depletion and elapsed time you have in order to get to your next charging station without being too nervous about it.

What challenges do you see the industry facing?

I’m always telling my family that the car of the future is more like an iPad on four wheels than it is a traditional car as we know it today. The changes are massive and the architectures are massive.

It’s a massive transformation because at the end of the day, you have to imagine somebody needs to pay for all of this new technology in these vehicles. The consumers want to have value for money, and if you want to put all the capabilities that I just described to you in the car: autonomous driving, connected interfaces, increased safety, easy functionality, connected services – all of a sudden, the company producing the car will increase prices 30-40%.

With the current shortage of components for chips, but also for batteries in the future, it’s going to become an affordability issue.

I think the challenge that the OEMs have is based around what are the additional features that are really interesting for the driver and for the passenger that are also affordable, and then there’s the question of whether the consumer willing to pay for them? That’s kind of the trade-off that the market still needs to define moving forward.