The car has a 1.41m Hyperscreen that sweeps across the cockpit with curved lines. Two air vents emerge to the left and right-hand side of the display as a contrast to the smooth and seamless display surface.

The vents were developed and manufactured in Horb by Fischer Automotive which said “he futuristic design featuring a turbine look is the hallmark of the vents, which stand out significantly from the puristic Hyperscreen, making them a focal point”.

The upper edge of the Hyperscreen has additional air vents but these cross-dashboard outlets are subtly integrated into the overall design. Stand-out features include the floating, ‘silver shadow’-coloured handles (operating elements) as well as the rose gold three-component trim strip. As an added highlight, the vents can be illuminated in various colours. 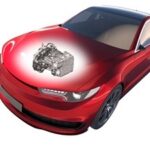 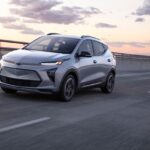 An assembly assistant was used for the lateral and central air vent assembly lines with their highly complex kinematics and illumination.

Until now, the components were manufactured at the main Fischer Automotive factory in Horb, Germany, but series production will take place in the Serbia facility which will deliver the parts to the Mercedes assembly plant in Sindelfingen.