Although Tesla’s vehicle deliveries fell on a quarter-on-quarter basis in Q2 2022 largely due to production stoppages at its Shanghai Gigafactory (which produces Model 3 and Y), Fitch Solutions said it saw “notable upside in output as the automaker ramped up vehicle production at its Berlin and Austin plants and the resumption of operations at the Shanghai plant as Covid-related restrictions ease”.

Nonetheless, Tesla has announced production stoppages at its newer Giga Berlin and Giga Texas operations to upgrade production lines in an attempt to boost efficiency and accelerate production.

Last weekend, Tesla announced it had increased its electric vehicle (EV) deliveries by 26.6% in Q2 ’22 on a year-on-year basis but quarter on quarter declined 17.9% in the same period, as Covid-related manufacturing plant closures in China and ongoing supply chain challenges slowed output.

“While we hold a more optimistic outlook for the Berlin based plant’s ability to ramp up output over the short term, we expect further delays at its Austin facilities. The Austin plant will utilise newer production processes which are expected to cause delays as the level of complexity would require more production fine-tuning to accelerate output,” Fitch Solutions analysts wrote in a research note emailed to media. 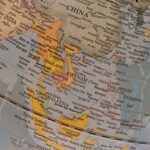 “Some of these changes are the production of the 4680 battery cells that would offer higher energy density levels thus increasing range which would be suitable for the upcoming Semi and Cybertruck models and a structural battery pack design aimed at achieving better efficiency by curbing weight by a reported 10% and improving the structural integrity of the vehicle.

“We believe Tesla is still on course to maintain its dominance in EVs sold globally as pent-up demand will likely be fulfilled by a rapid increase in vehicle supplies over the next 24 months, thereby securing the automaker’s dominance in the EV segment over the medium term (2022-2026). In 2022, we remain optimistic that Tesla will manage to achieve higher production output levels compared to 2019 delivery figures of 935,950 units and breach 1mn annual deliveries. Our view is based on the automaker’s ability to weather the semiconductor shortage by cutting back on what the carmaker defines as redundant features such as USB ports and front passenger seat lumbar features.

“Also supporting our view is Tesla’s ability to ramp up production output through the use of large aluminium die casting machines able to produce large pieces of body components in a much shorter timeframe and eliminating the need of metal bonding while also reducing the level of supply chain risk the automaker faces.”

The future was not so optimistic, the analysts wrote. “Our long-term view of Tesla’s dominance in global EV sales is less positive as rising competition from well established players such as Volkswagen and BYD Auto, that are electrifying their product range expeditiously, will gradually erode Tesla’s dominance going forward. Although BYD Auto has managed to surpass Tesla in global EV (fully electric and plug-in electric vehicles) sales volumes in H122 by selling 641,350 vehicles versus 564,743 deliveries from Tesla, we believe this milestone will be short-lived as BYD Auto faces possible production stoppages due to lockdown measures implemented in the city of Xi’an where the automaker’s manufacturing operations are mainly based.

“We also expect relatively new entrants in the EV market (such as NIO, Li Auto and Xpeng) that are experiencing accelerated growth levels will be another source of competition for Tesla going forward. NIO has managed to keep production steady in Q222 and managed a milder decrease of 2.8% quarter on quarter, however year on year growth levels only rose by 14.4%.

Fitch Solutions said: “After the planned plant upgrades at Tesla’s Berlin and Austin locations, it will likely take the automaker a couple of months to iron out any additional production bottlenecks stemming from the upgrades. Furthermore, we note that while China’s strict ‘Zero-Covid’ policy remains in place, production disruptions will remain an elevated risk for automakers. We will therefore continue to monitor developments from Tesla’s Shanghai operations and the latest developments at the newer facilities based in Austin and Berlin.”