The Tonale, the first completely new model from Alfa Romeo since the 2016 Stelvio, met all requirements for a five star rating, despite lacking centre airbags, and performed well in frontal crashes.

The same was said of the [Seat] Cupra Born, VW group’s sportier alternative to the ID.3.

Awards & Rankings
The future of SEAT and Škoda within VW Group 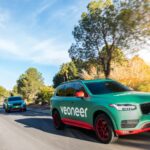 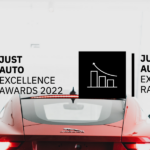 In the van-based MPV segment, the Mercedes-Benz Citan Tourer and T-Class both share the platform of the Renault Kangoo on which they are based but were, across the board, better equipped with a new centre airbag for additional far side impact protection and high performing active safety features.

The Toyota Aygo X is the latest new arrival in the highly competitive supermini segment and the small crossover city car did well overall but forgoes some more advanced safety systems, resulting only in a four star rating.

BMW’s battery electric compact executive i4 showe3d that luxury does not always means better safety performance. Equipped with a similar sensor set to the 3 Series tested in 2019, the new sedan missed out on some critical crash avoidance points and achieved just a four star rating.