The proclamation in the headline will seem incongruous to many coming just after the European manufacturers’ trade body, ACEA, has reported that European car sales fell 20% in February. However, the COVID-19 ravaged sales months of March and April 2020 will soon come into play and will bring some headline grabbing figures when year-on-year comparisons are made.

Aided by a triple digit percentage year-on-year rise in China’s light vehicle sales, global sales rebounded by some 16.2% in the month just passed.

February marked China’s 11th consecutive year-on-year increase with sales surging by a remarkable, but not wholly unexpected, 429% due to comparison with last year’s market nadir. China’s strength lifted Asia-Pacific sales by 84.6% – stripping out China reduced the month’s gain to 6.3%, while removing India, South Korea and Japan from the equation actually meant sales fell by 2.2%. China’s gain, while not meaningless, is better compared with February 2019 when jaws dropped with less regularity. Compared with then, sales were 1.75% ahead, demonstrating that China’s market is now back to normality.

North America’s sales fell by 11.5%, with sales in the US suffering due to a bout of severe weather and two fewer selling days compared with last year. These factors contributed to US sales falling 11.4%. The picture in Canada and Mexico almost exactly mirrored that of the US with sales falling by a combined 12%.

South American again lost recovery momentum in February as its largest market, Brazil, slipped 17.8% on the back of a surge in coronavirus cases. Some of Brazil’s losses were recovered in other countries leaving the region down 2.7% year-on-year.

From here on we expect it will be a case of the global market preparing for a notional lift off as the exceptionally weak March and April of 2020 come to prominence. Our latest forecast sees a surge in sales of nearly 50% in March, with even more robust growth of 76% set to follow in April.

However, before anyone gets carried away the resultant market levels are expected to be short of those achieved in the corresponding months of 2019 back in the days when epidemiology was far from common parlance.

We expect the sales running rate to become progressively better through the year as long as northern hemisphere infection rates and controlled and vaccination programs are rolled out apace.

We expect the sales running rate to become progressively better through the year as long as northern hemisphere infection rates and controlled and vaccination programs are rolled out apace. On this basis, for Q1 we forecast a SAAR of 81.6m, improving to 84.2m for Q2 and by the final quarter we expect a sales rate averaging 88.8m indicating a return to near normal selling rates.

Later quarters of the year will be driven by pent-up demand; whether that can carry into 2022 will be key for the medium-term development of markets, as there remains considerable uncertainty as to the fundamental economic health of many countries once the crutch of government support is removed. The recent passing of the $1.9trn stimulus package in the US indicates how difficult it will remain in getting a read on market fundamentals. 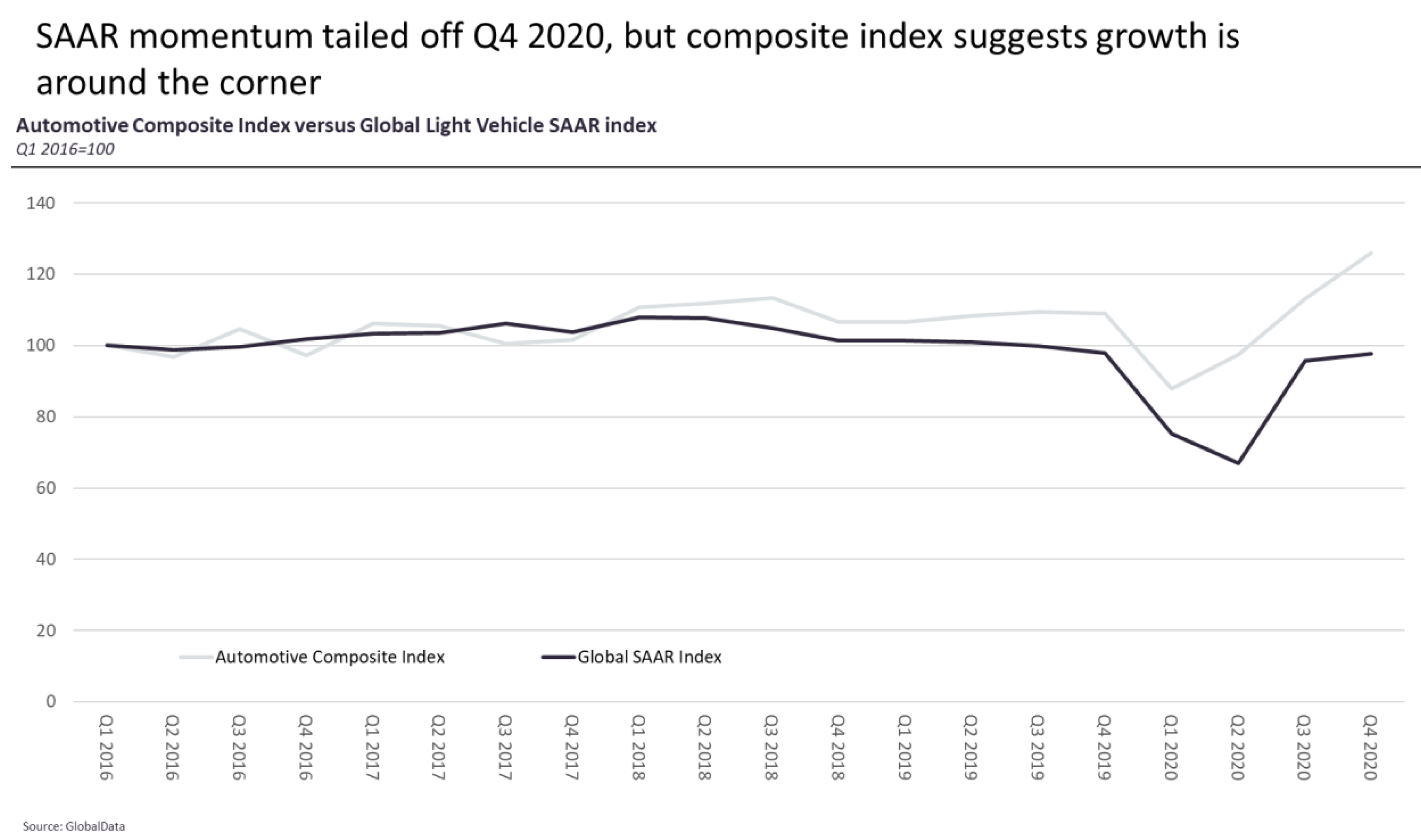 EV costs, profits and taxes come into view – the week