Here’s a thought: the average wiper blade wipes the windshield over one million times in a year, and travels 800 miles in this time. Despite such wear and tear, motorists seldom replace their blades as often as they should. In running the rule over just-auto’s fifth review of wiper blades and systems, Matthew Beecham discovers some novel initiatives being taken by manufactures to remind them to change their blades in case the shudder and shrieking weren’t enough.

In theory, the wiper blade is a service replacement item. However, the truth is that vehicle owners often wait until the product is disintegrating before replacing it. And who can blame them? Research indicates that 60% of the drivers who do not install their own wiper blades cite the confusing assortment of adaptors that accompany most replacement blades as the reason.  Simply working out how to remove the old blade can be a trying experience.  In many cases, consumers become frustrated and use force to pry off the blade thereby damaging the hardware (guilty, M’Lord).  Determining which adaptor to use and struggling with complicated instructions are obstacles that often lead drivers to neglect replacing wiper blades.

But times are changing for the better, albeit ever so slightly.  Bart Verbrugge, wiper blades product manager at Denso Europe BV’s Aftermarket Sales division told us:  “Whereas in the past you needed a screwdriver to change the wiper blades on most Asian applications, nowadays they can be removed and fitted without any tools.  However this doesn’t automatically mean that changing wipers has become easier.  Due to the many different multi-clip types it is not necessarily a straightforward procedure. With new wiper blade types like flat blades – and their corresponding new attachments – it has become a little easier.”

Nigel Cole, director, European Aftermarket. Trico Products Europe, told us: “Our market research into the wiper blades consistently shows that consumers and mechanics want ease of finding the right part number for the car and ease of installation by following accurate and clear instructions. Consequently, cataloguing is extremely important for us. As is having the correct adaptor pre-mounted on every Trico blade, making fitting wipers much easier. Many of the new flat blade fittings are significantly easier than the old traditional types.”

Meanwhile, Valeo has been doing its bit to raise awareness of the dangers of worn-out blades and urging motorists to replace them as appropriate.  Valeo executives told us: “Increasing the replacement rate is clearly the best means to increase the overall market value. Faced with the observation that most drivers change their blades too late, we developed and patented the world’s first wear indicator. Stuck on the blade structure, facing the driver, it simulates the aging of the rubber, by changing from black to yellow, with a clear pictogram inviting the driver to change the blades.” Valeo is also providing its expertise to help those involved in the distribution chain to improve the replacement diagnostics through training and adapted communication tools.

As far as urging motorists to replace their blades, Cole said: “A lot of it has to be done at the point where either the garage mechanic is in connection with the car or the consumer enters the shop.  Although we can raise awareness amongst our trade customers, they must engage with the consumer.  A little initiative on their part can go a long way.  For example, I recently heard of a small Norwegian garage tripling its wiper blade sales by erecting a notice reminding motorists of the dangers of worn-out wiper blades.”

Lisa Nichols, marketing manager for Trico Products Europe, added: “In other parts of Europe, some of our trade customers are making headway in increasing their sales of wipers simply by displaying our promotional material in their garages.”

Average wiper replacement rates vary from one country to the next. Verbrugge added:  “In northern Europe, users will usually replace the wipers according to the season: once in the summer and once in winter.  In southern Europe, wiper blades are less frequently replaced, due to the drier weather conditions.”

Temperature extremes, heavy precipitation and repetitive friction on the windscreen have a damaging effect on wiper blade performance over time. A blade’s natural rubber provides the most flexible and resilient edge for wiping across glass, but it eventually dries out and deteriorates. Heat can warp the rubber and cold can make it brittle. Sunlight, ozone and road spray can also have significant deterioration effects.  “Ironically,” adds Verbrugge, “in southern Europe the wipers generally have a shorter life time – it’s not the frequency of use that affects wiper blades the most, but intensive sun light [UV radiation] which shortens the wiper’s lifetime by drying out the rubber.”

Valeo executives told us:  “Replacement rates vary depending on seasonality, drivers’ budget, car age and local practices. The best example is seen in Nordic countries and Russia with the change of wipers for winter time, a weather condition for which our flat blades are particularly well adapted. We estimate that the current economic situation is having an impact on car owners’ maintenance budget. The constant lowering of the average mileage is also increasing the usage time of blades.”

Over the past decade, manufacturers have continued to develop so-called flat wiper blades, driven by the need for greater product quality, comfort and aesthetics. “Flat blade wipers are having a big impact on both the original equipment market and aftermarket,” said Verbrugge. “Flat blades are now dominating the European OE business.  Their share of the aftermarket is also increasing continuously although anticipated sales volumes have not yet been reached.  The situation differs by market region, however.  For example, in the northern part of Europe retro-fit flat blades offer a good alternative for winter conditions so this affects the retro-fit market share.”

While demand for flat blades has grown at a phenomenal rate in Europe over the past decade, manufacturers see no reason why demand shouldn’t continue to grow.  Rob Clulow, field sales manager for Trico Products Europe, told us: “Generally speaking, the beam blade is dominating the market now.  There are few new cars coming through – other than Japanese cars – which are not specifying beam blades.  The Japanese cars are still using some conventional blades and some what we call a hybrid which is really a mixture of conventional and a beam blade.”

Since flat blades were introduced in the mid-1990s, there have been a number of technical advances. Wolfgang Morweiser, product manager for wiper systems, Bosch told us:   “We have introduced several generations of flat blades, as have other suppliers. Although the fundamental shape of the flat blade has remained the same, there have been some subtle design changes.  For instance, the way the blade is fixed to the arm has changed somewhat. Of course, there is still room for improvement. For instance, details such as water spray coming from the wiper blade or the fit of the blade on the windshield. While these are things that the driver may not even notice, we are examining them closely to modify the aerodynamics of the blade and improve the way it sits on the windshield.”

Another trend is toward larger, more complex windshields and bigger sunroofs.  The trends in MPVs has seen bulky A-pillars become obtrusive for forward vision.  Consequently, some car designers are focusing more and more on windshields that wrap around at the sides pushing the A-pillar back towards the front door.  This style of windshield is known as panoramic.  Windshields that extend further in height and curve into the roofline are also becoming more evident.  These are known as Cielo windshields.  For either type of windshield, there are implications for the wiper blade and overall system design. James Edwards, managing director of Trico Products Europe told us: “There are a number of things to consider in terms of the design.  On an OE application, the blade and the arm is designed for the screen. So the curvature of the blade and the arc of wipe and everything else will be designed specifically for that windscreen, including the length. So we engineer the blade specifically for the vehicle.  In other words, there is no such thing as a standard for an OE application.”

Thomas Kaiser, product manager for wiper systems at Bosch, says: “Extremely curved windshields can cause problems with the layout and design of wiper blades. For flat blades, however, large windshields do not present any problems. These big windshields have had a major influence on the design of wiper motors. To wipe these larger windshields properly, there is a growing need for opposed-pattern wiper systems, including dual motor drives.”

In terms of flat blades being applied to larger windshields, as Edwards said:  “Both conventional and beam blades can perform equally well.  A flat blade is generally designed to be more aerodynamic and does not need a spoiler unless used for very high speed applications.  In other words, it applies more downward pressure onto the screen because the profile is such that it is causing the blade to be pushed against the screen.”

Meanwhile, the rear wiper blades appear to have reached “designer” status these days which suggests implications for the aftermarket. Verbrugge told us: “Whereas ten years ago the same type of wiper blade used for the car windscreen could also be used for the rear, this is now more the exception than the rule.   The impact of this is to increase the number of part numbers and stock that distributors need to hold.  In addition, there are higher development costs for aftermarket parts manufacturers. However, rear wiper blades do have low replacement ratios so in this respect they have a minimal effect on the aftermarket.”

Valeo executives added: “Rear wipers are now an integral part of the car design.  OEM suppliers are increasingly developing their own rear wiper blades for different car models.   Aftermarket product range should be adapted to ensure the market coverage accordingly.”

Morweiser added: “Rear wipers are subject to different trends than front wipers. The market is divided among those OEMs using flat blades on the rear window and those who are using conventional blades which are completely covered so the blade itself is barely visible. The latter are more a question of styling.  You see that especially on French cars.  So there is no single trend. While some OEMs continue to use plastic blades, others, such as VW, have already switched to flat blades. I think this situation will last for some time.”

Another trend is the fact that more and more wiper blades are being controlled by electronic drive units nowadays.  “Most electric motors – even conventional motors – fitted to move the wipers have some intelligence built into them to control the arc of wipe, speed, etc,” concluded Edwards.  “And the rain sensor has to interact with the motor as well.  So there aren’t really many dumb motors fitted that simply move the wiper blades back and forth although you may find them on the low-end cars.” 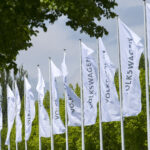 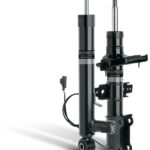 Analysis
US September vehicle market up 10%, but below expectations