Interpretations of the VW-Porsche tie-up have varied. Some commentators have labelled it nepotism, corporate feudalism and a means of achieving protection from competition. Small shareholders at Porsche may not be ecstatic, but the proponents of the deal in both camps claim an industrial rationale for the move. Neil Winton reports.

German luxury sports car maker Porsche’s shocking decision to splurge its €3 billion plus cash pile on buying 20 per cent of troubled mass car manufacturer Volkswagen continues to bug investors, many of whom are struggling to find any financial or business justification for the deal.

If investors turn away from bean-counting to find other reasons for the deal, suddenly the mists clear and motives for the move become all too obvious – take your pick from “protection from competition”, “preservation of the German model”, “nepotism”, even “corporate feudalism”.

Professor Karel Williams from Manchester University’s Business School agreed that there are indeed two ways of looking at this improbable combination.

“Porsche has substantial experience in product development which it can bring to VW, and its future is tied up with a broader model range. VW wanted a patient long-term shareholder, as German banks like Deutsche Bank sell off their shares,” said Williams.

But Williams said the deal was being viewed on two separate levels, and had emerged as a test case for the so-called “German Way” of doing business, which was being attacked by the media and investment bank analysts.

Rigorous not ruinous
The “German Way” is ownership of big business by large groups of banks who tend to be happy with an arm’s length relationship, and who are not overly concerned about shareholder value. This is also linked to a close, critics say corrupting, relationship with trade unions which often have equal voting power at board level. This is a recipe for guaranteeing jobs and communities, or bloated inefficiency, depending on your point of view. Its supporters describe the German Way as rigorous, not ruinous, competition. This was in contrast to the so-called Anglo-Saxon method, where shareholder value was supreme.

The business media was in no doubt about the true nature of the deal.

“Mr Pischetsrieder has pursued Mr Piech’s flawed strategic vision (for VW) flawlessly. This is the reason Volkswagen is cowering before the European Union’s challenge to Lower Saxony’s role as the company’s guardian. Lower Saxony owns 18 per cent of Volkswagen. Without that shield, the markets would force the company to face up to its high production costs, its misuse of capital, the inexplicable holdings of its own stock, nonsensical truck investments and muddled brand strategy,” Breaking Views said.

Piech is also a major shareholder in Porsche.

The Financial Times’ Lex column was also scathing. “Porsche makes nice cars. Shame about its investment strategy. Resisting the current vogue to hand cash back to shareholders makes sense if there is a better use for the money. Unfortunately, Porsche’s plan to acquire a 20 per cent stake in VW does not fit the bill,” said Lex.

Cosy German solution
“Family, not good governance, is at the heart of the deal. Ferdinand Piech …….. is also VW’s chairman. This cosy “German solution” does not bode well for the prospects of accelerated restructuring at VW. Porsche’s investors, meanwhile, have received a lesson in the perils of non-voting stock. They can only watch as the company’s cash pile heads off to a struggling, but no doubt delighted, VW,” said Lex.

Investment bank Morgan Stanley was in the majority with its report entitled “Arm’s Length or Bear Hug?” Morgan Stanley said the deal was unnecessary, and pointless. The benefits claimed by both sides could have been attained in a much simpler way.

“We believe VW and Porsche could have most of the goals of the cooperation on an arms length/contractual basis. If prior co-operations between the two were so beneficial to shareholders, it is difficult to see why Porsche needed to acquire a stake to safeguard their continuation. In addition, we see conflicting messages of the potential influence of Porsche on VW. There is no substitute for a good strategy,” said Morgan Stanley.

Solid industrial case
VW’s Pischetsrieder disputes this. Apart from the solid industrial case for the deal, he told investment bankers that VW would remain independent from Porsche and reserved the right to enter into partnerships with other carmakers, such as DaimlerChrysler.

Christian Wulff, premier of Lower Saxony, which was the controlling shareholder before Porsche’s bid, has criticised Piech and the Porsche deal, and tried to persuade DaimlerChrysler to take a stake in VW which would be a counterpoint to Porsche. DaimlerChrysler denied that it wants to buy a VW stake. Abu Dhabi has also expressed an interest in the possibility of taking a stake in VW.

Investment bank J.P.Morgan warned that the deal threw up potential conflicts of interest. Besides the Porsche shareholding and VW role, Piech is part-owner and supervisory board member of Porsche Holding, an Austrian company which distributes Porsches and VWs in eastern Europe.

Just to remind you about the great benefits of the deal as seen through VW and Porsche’s eyes….

Hybrids
Porsche would use VW’s gigantic purchasing power to cut its component costs. Electronics products in particular threatened huge, unaffordable, costs. Hybrid engines, crucial to success in the U.S., required an investment partner. Porsche’s Panamera project was short of capital which VW could help fund. Porsche could piggyback on VW’s better average fuel economy to help it meet government regulations in the U.S.

For VW, a stable minority shareholder like Porsche would end worries of a hostile takeover bid if the E.U. forced an end to the cosy so-called VW law, which made takeover impossible.

Investment banker Citicorp, which had initially applauded the VW-Porsche deal, had second thoughts.

Piech distrusted
“The ‘return of Piech’ is deeply distrusted by investors. His reputation as a spendthrift CEO eventually eclipsed his engineering brilliance, and his autocratic style suggests frictions in the Supervisory Board,” Citicorp said.

It backed up Premier Wulff’s position.

“We are happy to see signs of resistance to the Porsche move, most volubly expressed by Christian Wulff,” said Citicorp.

“We get the impression that Porsche wants to extract significant synergies from the common development of electronic architectures and components. We also sense, while this has not been officially stated, that VW may also become a close partner for Porsche on the Panamera,” Deutsche Bank said.

“While this solution should help Porsche remain cost competitive, it seems it could be paying a high price for what is in essence a common industrial partnership,” said Goldman Sachs.

Citicorp said the deal leaves Porsche with a bloated capital base.

“In our view (it) undermines the asset light, lean business model hitherto so in favour with investors. From VW’s perspective, concerns of undue influence from its new shareholder are unlikely to dissipate while Porsche continues to seek seats on the board,” Citicorp said.

“Corporate feudalism: Porsche/VW is a reminder that return of cash cannot be taken for granted. The strategic rationale for a Porsche/VW cooperation is limited and adds a degree of complexity to the agendas of each company, in our view. We question whether Porsche has the management and financial resources to affect meaningful change on the VW organisation, assuming that was one of the justifications behind its 20 per cent stake,” Morgan Stanley said.

Professor Williams thought that the attacks on the deal were also an attack on the German model, which was being represented by critics as illegitimate.

Global investment in 2022 has been majorly dominated by North America, Europe, and Asia Pacific, whereas the Middle East, and South and Central America have recorded low investments comparatively. In light of this, Europe and North America have been identified as the major destinations for Private Equity and Venture Capital (PE/VC) investments.   GlobalData’s whitepaper analyzes which sectors PE/VC firms have been investing in, looking at Technology, Media, and Telecom, with these sectors recording $356 billion and a deal volume of over 10,000 deals in 2022. Healthcare, Financial Services, Business & Consumer Services, and Construction sectors have also seen high investment activity by PE/VC firms, recording a deal value of over $70 billion each.   But what can this mean for you?   Understand how the Deals Database on GlobalData Explorer can be leveraged to:     Consult our full report here and optimize your business strategy.
by GlobalData
Thank you.Please check your email to download the Report. 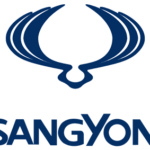 Analysis
Thank you for subscribing, your EV is on the way!

Global investment in 2022 has been majorly dominated by North America, Europe, and Asia Pacific, whereas the Middle East, and South and Central America have recorded low investments comparatively. In light of this, Europe and North America have been identified as the major destinations for Private Equity and Venture Capital (PE/VC) investments.   GlobalData’s whitepaper analyzes which sectors PE/VC firms have been investing in, looking at Technology, Media, and Telecom, with these sectors recording $356 billion and a deal volume of over 10,000 deals in 2022. Healthcare, Financial Services, Business & Consumer Services, and Construction sectors have also seen high investment activity by PE/VC firms, recording a deal value of over $70 billion each.   But what can this mean for you?   Understand how the Deals Database on GlobalData Explorer can be leveraged to:     Consult our full report here and optimize your business strategy.
by GlobalData
Thank you.Please check your email to download the Report.
Topics in this article: Daimler Group, Porsche, Volkswagen, Volkswagen Group
SUBSCRIBED