News that Mazda is hoping for a 30% fuel efficiency gain on an HCCI (Homogeneous Charge Compression Ignition) engine to be introduced on the next generation Mazda3 in late 2018 brings this technology back into focus. Courtesy of just-auto’s research service, QUBE, we provide a summary of HCCI technology and look at associated OEM activity.

Within an HCCI engine’s cylinders, heat and pressure are used to ignite the air/fuel mixture without the aid of a traditional spark-generated (Spark Ignition – SI) flame – roughly analogous to the combustion process of a diesel engine. Heat is a necessary enabler for the HCCI process, so traditional spark ignition is used when the engine is cold to generate heat within the cylinders and instigate “auto-ignition” of the mixture.

HCCI’s efficiency comes from reduced pumping losses, burning fuel faster at lower temperatures and reducing the heat energy lost during the combustion process. Consequently, less carbon dioxide is released because the engine’s operation in HCCI mode is more efficient. During HCCI mode, the engine approaches the efficiency of a diesel, but unlike a diesel, it requires only a conventional exhaust system. Diesel engines require more elaborate and more expensive exhaust “aftertreatment” to reduce emissions.

HCCI is the ultimate combustion method for achieving both CO2 reduction and clean exhaust using auto-ignition of gasoline, as in a diesel engine. Lower-temperature combustion compared to ordinary gasoline engines, results in nearly no NOx emissions. It offers the highest potential heat efficiency among internal-combustion engine systems, leading to projections of major cuts in CO2 emissions. Current HCCI technology allows only a limited range of stable combustion, and expanding that is the challenge ahead. 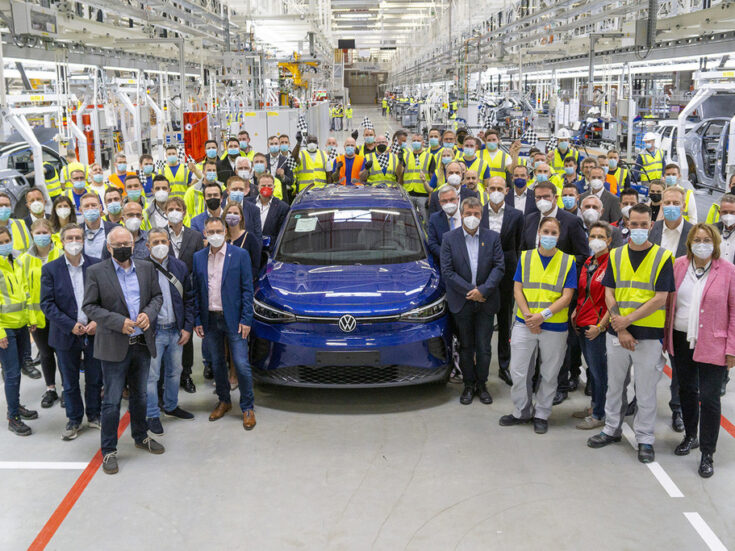 The exhaust gases from an HCCI/CAI engine contain only trace amounts of harmful compounds such as nitrogen oxide (NOx) and soot (PM) as combustion temperature does not exceed 1,300 degrees Celsius when such emissions can form. As a result, the HCCI/CAI engine offers high thermal efficiency and, when operating at part loads, excellent fuel economy and a reduction in CO2 emissions.

However, while HCCI or CAI is very appealing due to the inherently lower NOx emissions due to lower combustion temperatures mapping the ignition points of the fuel precisely has been difficult to achieve. Additionally while a high compression ratio would seem the logical path to achieve auto-ignition, research has shown that compression ratios above 12:1 cause knocking issues during full-load operation. Therefore, many solutions are now looking at using high-levels of EGR to provide the thermal energy required for auto-ignition and one way of providing this is through valve actuation strategies including early closure of the exhaust valve to cause recompression. So, as noted previously, fully variable valvetrain control perhaps via camless technologies can be seen as an important stepping stone toward HCCI adoption. With auto-ignition difficult to predict, particularly for gasoline engines, over a wide range of engine speeds it may be that the first CAI engine to come to market will only operate in auto-ignition mode at low engine speed ranges

An interview carried out by just-auto with the supplier Continental detailed the following issues preventing immediate HCCI/CAI adoption by OEMs:

However, both Delphi and Continental agreed that the major issue for HCCI/CAI is the need for very precise systems – direct injection, sophisticated valvetrain hardware and cylinder pressure systems – for controlling the air and fuel pathways and ensuring auto-ignition occurs as a predicted event.

The impediments to adoption are expected to be resolved, with introduction date estimates for the first production ready HCCI/CAI engines varying in the years approaching 2020. Nearly all of the major OEMs are known to be working on the technology – along with suppliers – and several have shown concepts.

In 2011, BMW revealed that its new B-family of engines – three-, four- and six-cylinder diesel and petrols – which debuted in 2014 were future proofed to accommodate future technology, including hybridisation and HCCI. The HCCI admission was something of a surprise as in 2007 BMW had stated that it would “wait and see” on the technology and not commit.

In 2012, Bosch announced it was leading a US$12 million project funded by the US Department of Energy to develop an advanced light duty petrol engine. The project – called ACCESS (Advanced Combustion Controls – Enabling Systems and Solutions) – investigated HCCI as part of its multi-mode combustion investigations which included spark-assisted compression ignition (SACI) and spark ignition in conjunction with external EGR. Bosch was joined in the partnership by AVL, Emitec, the University of Michigan and Stanford University.

A review of the project was given by Bosch in 2014, with Bosch noting the drawbacks of HCCI operation being the familiar limited operating range and noisy combustion and the benefits being its low NOx fomation and high thermal efficiency.

Mercedes-Benz’s 2008 technology showcase sedan, the F700, featured a plethora of fuel saving engine technology such as ISAG, VVC and mild hybridisation while the engine itself was a 1.8L direct injection twin-turbo featuring both HCCI and VCR. The engine, dubbed the DiesOtto, put out 258hp with 400Nm of torque, comparable to Mercedes 3.5L V6 of the time. Mercedes estimated that the combined effect of all the technology on the F700 was a 47.5% fuel saving when compared to the S350 model.

Delphi, as discussed in a May 2016 just-auto interview is running a test Gasoline Direct Compression Ignition (GDCI) engine that operates without a spark across its entire operating range. Delphi has seemingly accepted that the lack of control from homogeneous charge necessitates a different approach. Using low temperature combustion and tight charge stratification the demonstrator four-cylinder engine has managed a 13-18% fuel economy gain. Delphi is targeting its GDCI technology for showrooms by the mid-2020s.

Back in 2008, a HCCI prototype by GM was demonstrated. The engine was derived from GM’s 2.2L L850 Ecotec engine. GM’s concept operated as a spark ignition engine at start-up and at speeds over 55 mph. GM combined the HCCI technology with direct injection and variable valve actuation and claimed that its prototype could be built for 50% of a diesel engine’s cost but operate at 80% of its efficiency.

To try and extend the operating range of its HCCI concept GM revealed in 2011, via an SAE paper, that it was working on different VVA strategies including positive and negative valve overlap to improve the thermal efficiency of its HCCI prototype via reducing pumping losses and lowering residual gas so more air is introduced to the mixture. Furthermore, in 2013 GM published a paper in the International Journal of Engine Research that further explored valve overlap strategies – together with injection timing and external EGR – for HCCI engines at low loads to predict auto-ignition timing and characteristics.

Honda – moving away from HCCI to HLSI

Back in 2005, it was reported that Honda was close to readying a prototype HCCI engine. The engine was said to be 30% more fuel-efficient than the 2006 MY Honda Civic engine. The HCCI engine was reportedly the result of advances made by Honda’s Advanced Powertrain Research Centre, which had been founded to deliver a gasoline engine with 40-50% thermal efficiency.

However, since 2005 reports on Honda’s progress with a light vehicle HCCI engine were scant, although it had earlier experience with a prototype 2-stroke motorcycle engine using a form of HCCI that Honda called Active Radical Combustion. Nevertheless, Honda’s research on HCCI progresses with its online R&D resource showing that much of the company’s recent HCCI R&D has been focussed on low engine speed auto ignition, with development of a so-called spark assisted HCCI engine at the fore. With the spark assisted HCCI engine a miniscule amount of fuel is spark plug ignited to kick-start the auto ignition process but at a controlled level.

In 2013, at the Aachen engine colloquium, Honda presented its Homogeneous Lean Charge Spark Ignition (HLSI) concept, which seeks to blend the best of HCCI and lean-burn engines, while eliminating the drawbacks of each, with test results for HLSI presented at the SAE’s 2014 High Efficiency IC Engine Symposium. Briefly, HLSI entails a homogeneous premixture that gives the HCCI benefits of low NOx and high thermal efficiency but with the stable and controllable combustion of lean-burn, therefore ridding traditional lean-burn engines of the burden of the lean-NOx catalyst (LNC).

In November 2013, at its Michigan technical centre, Hyundai highlighted its forthcoming GDCI engine. GDCI, gasoline direct compression ignition, is a 1.8L engine – developed in conjunction with Delphi, the University of Wisconsin-Madison’s Engine Research Consultants (WERC) and Wayne State University – with both a supercharger and turbocharger which Hyundai expects to offer the same performance as a 2.0L turbodiesel engine but with greater efficiency. The GDCI is the result of a four-year US$15 million research programme.

In production, Hyundai expects the cost of the engine to be less than that of a comparable diesel. Delphi’s role in the project has been to develop the combustion system and to produce a fully variable valvetrain, complete with electronic cam phasers. The VVA system uses exhaust valve overlap on the intake stroke via an extra cam lobe to garner better internal EGR control.

It is understood that the GDCI engine operates throughout the load range, although at warm-up intake warming may be necessary, and the project team are keen to insist that the GDCI is not an HCCI engine. The engine uses unique piston-crown geometry and intake tract design with EGR rates of 25-40%, which assists the engine in avoiding HCCI’s uncontrolled combustion issues.

It is speculated that the engine will make its production debut in the next generation Sonata around 2020.

Of the OEMs, it could be that Mazda is the first to introduce the technology as it explicitly referenced HCCI as the next stage in its gasoline engine technology roadmap when it launched its Skyactiv-D and Skyactiv-G engines. It has told Nikkei that it expects to debut the technology on the next generation Mazda3 in 2018.

Mazda estimates that Skyactiv engines with HCCI will use 30% less fuel than their predecessor. Mazda plans to use HCCI both a low load and part load thanks to VVA allowing precise control over internal EGR. After the May 2015 agreement between Toyota and Mazda to jointly develop technologies, it will be interesting to see whether Toyota and Mazda collaborate to couple Toyota’s hybrid technology with Mazda’s HCCI technology.

VW has developed HCCI prototypes using diesel and petrol engines as the base. Its petrol engine is called GCI and was demonstrated in 2007 on a 1.6L FSI engine but enhanced by Audi’s VVA system. VW used the VVA system to alternate between standard FSI mode and HCCI mode, depending on operating load, through different camshaft contours and through valve operating strategies to introduce internal EGR. The GCI engine also did without cylinder pressure sensors, instead relying on newly developed algorithms for the engine management system.

The diesel option, dubbed Combined Combustion System (CCS), was demonstrated in 2005 and uses HCCI to instigate earlier ignition to reduce combustion chamber temperature and therefore NOx emissions. Additionally, the fuel is burnt over a longer period which is advantageous to fuel economy. However, for VW fuel economy seemed to be a secondary consideration in CCS’s development – it sees CCS as a way to avoid expensive exhaust gas aftertreatment and saw a NOx and particulate matter benefit of 50%. Additionally, VW recommended the adoption of biomass gas-to-liquid fuels to increase the benefit to 80%.

Are you looking for the latest OEM and supplier automotive competitive analysis, component sector forecasts, and automotive technology intelligence to assist with strategic business decisions? QUBE – The automotive database for the auto industry